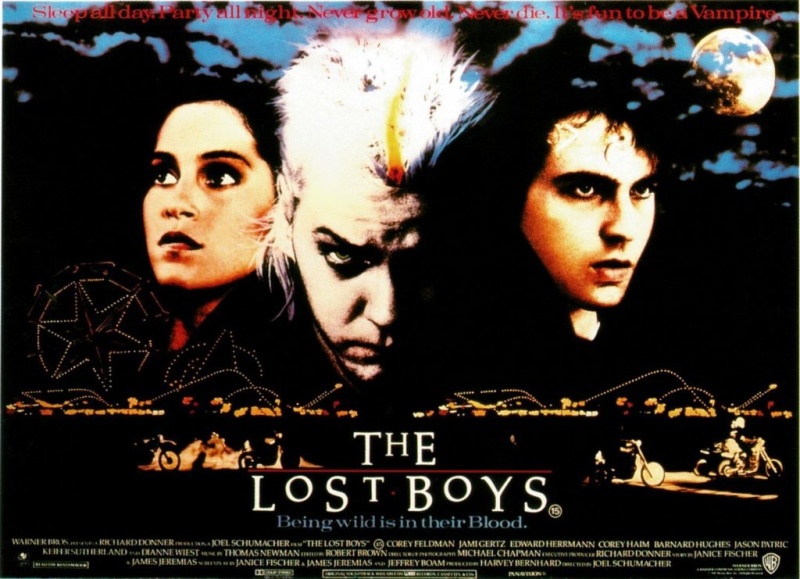 The Lost Boys is a 1987 American horror comedy film starring Jason Patric, Corey Haim, Kiefer Sutherland, Jami Gertz, Corey Feldman, Dianne Wiest, Edward Herrmann, Alex Winter, Jamison Newlander, and Barnard Hughes. The film is about two Arizona brothers who move to California and end up fighting a gang of young vampires. The title is a reference to the Lost Boys in J. M. Barrie’s stories about Peter Pan and Neverland, who, like the vampires, never grow up. The film was followed by two direct to video sequels, Lost Boys: The Tribe and Lost Boys: The Thirst.